Summary： During World War II, a special fighting unit is formed that combines a crack Canadian Army unit and a conglomeration of U.S. Army misfits who had previously served time in military jails. After an initial period of conflict between the two groups, their enmity turns to respect and friendship, and the unit is sent Italy to attempt a dangerous mission that has heretofore been considered impossible to carry out. 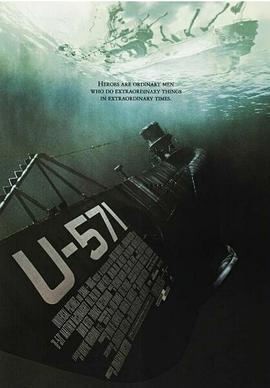 U-571
In the midst of World War II, the battle below the seas rages. The Nazis have the upper edge as the Allies are unable to crack their war codes. That is, until a wrecked U-boat sends out an SOS signal, and the Allies realize this is their chance to seize the 'enigma coding machine'. But masquerading as Nazis and taking over the U-boat is the smallest of their problems. The action really begins when they get stranded on the U-boat. Danger Close
Late afternoon August 18, 1966 South Vietnam - for three and a half hours, in the pouring rain, amid the mud and shattered trees of a rubber plantation called Long Tan, Major Harry Smith and his dispersed company of 108 young and mostly inexperienced Australian and New Zealand soldiers are fighting for their lives, holding off an overwhelming enemy force of 2,500 battle hardened Viet Cong and North Vietnamese soldiers. With their ammunition running out, their casualties mounting and the enemy massing for a final assault each man begins to search for his own answer - and the strength to triumph over an uncertain future with honor, decency and courage. The Battle of Long Tan is one of the most savage and decisive engagements in ANZAC history, earning both the United States and South Vietnamese Presidential Unit Citations for gallantry along with many individual awards. But not before 18 Australians and more than 500 enemies are killed. Uri: The Surgical Strike
Indian army special forces execute a covert operation, avenging the killing of fellow army men at their base by a terrorist group. Memphis Belle
It's May 1943 at a US Army Air Corps base in England. The four officers and six enlisted men of the Memphis Belle - a B-17 bomber so nicknamed for the girlfriend of its stern and stoic captain, Dennis Dearborn - will soon start their twenty-fifth mission, having completed their previous twenty-four successfully with nary an incident, while fewer and fewer other planes are coming back from their missions at all. If they complete their next mission successfully, they will be the first Army Air Corps B-17 Crew to complete their tour of duty. Visiting communications officer Lt. Col. Bruce Derringer wants to publicize and highly tout their accomplishment, even before it happens, as a long term good news campaign at a time when there is little good news to report. Derringer's plan is against the wishes of the base commander, Col. Craig Harriman, who would prefer to treat the ten as any of his other hard working men. The previous success of the Memphis Belle is despite the disparate natures of the ten men, whose personalities and backgrounds could not be more different. Each of the ten has a differing view of Derringer's publicity campaign as well as to the probable success or failure of what will be their last mission regardless, a dangerous one into enemy territory over the skies of Bremen, Germany.

The Blazing Temple
In an attempt to eliminate all possible nationalist fractions, the Ching Emperor (Wong) orders the destruction of the Shaolin Temple - considered the focus of anti-Manchurian resistance. As the temple burns, the surviving 106 Shaolin disciples vow to penetrate the Imperial Palace and take ultimate revenge on the tyrant. The Great Raid
Set in the Philippines in 1945 towards the end of WWII, under the command of Lieutenant Colonel Henry Mucci and Captain Robert Prince, the 6th Ranger Battalion undertake a daring rescue mission against all odds. Traveling thirty miles behind enemy lines, they intend to liberate over 500 American Soldiers from the notorious Cabanatuan Japanese POW camp in the most audacious rescue ever.
Sidebar Filters
Images
MuXiv Music
Thank You for Sharing!