Summary： 'Yellow Earth' focuses on the story of a communist soldier who is sent to the countryside to collect folk songs for the Communist Revolution. There he stays with a peasant family and learns that the happy songs he was sent to collect do not exist; the songs he finds are about hardship and suffering. He returns to the army, but promises to come back for the young girl, Cuiqiao, who has been spell-bound by his talk of the freedom women have under communist rule and who wants to join the Communist Army. Hounddog
A drama set in the American South, where a precocious, troubled girl finds a safe haven in the music and movement of Elvis Presley. 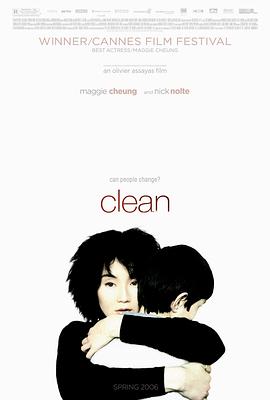 Clean
London-based Emily Wang gained minor notoriety from her VJ-ing on cable television. She is now more renowned for being the longtime girlfriend and pseudo manager of rock musician Lee Hauser, who seems to be on the brink of stardom. Those that know the couple believe she is a bad influence on him, and is the reason why he is a junkie. After Lee dies from an accidental heroin overdose and Emily is imprisoned for six months on possession charges, she learns that the courts have awarded custody of their young adolescent son, Jay, to Lee's aging parents, Albrecht and Rosemary Hauser, who live in Vancouver. A concerned Albrecht asks that she not attempt to see Jay for at least two years while she cleans up her act so as to give Jay a fighting chance at a decent life. Emily initially agrees, knowing that she is in no position to look after Jay. To regain her life, she decides to move back to her old stomping grounds of Paris. As Emily tries mostly unsuccessfully to become clean while eking out a living doing what she wants to earn money, which is primarily still in the realm of rock music, Rosemary poisons Jay's mind about his mother. Caught in the middle is Albrecht, who, out of personal circumstance, wants Jay to eventually have a relationship with his mother if only because he knows that he and Rosemary will not be able to look after Jay until adulthood and that Emily is the only other family he has. Center Stage: Turn It Up
A self-trained dancer from the streets of Detroit finds her way after auditioning for the most prestigious ballet academy in New York. 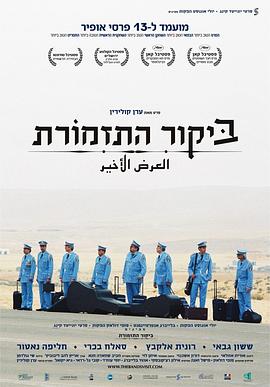 The Band's Visit
On an ordinary day, the Alexandria Ceremonial Police Orchestra arrives in Israel from Egypt for a cultural event, only find there is no delegation to meet them, nor any arrangements to get to their destination of Petah Tiqva. When they find their own ride, they arrive instead at the remote town of Beit Hatikva. Stuck there until the next morning's bus, the band, lead by the repressed Tawfiq Zacharaya, gets help from the worldly lunch owner, Dina, who offers to put them up for the night. As the band settles in as best it can, each of the members attempts to get along with the natives in their own way. What follows is a special night of quiet happenings and confessions as the band makes its own impact on the town and the town on them. Bees And Distant Thunder
Four pianists take part in the preliminary round of an international piano playing competition. Each has a story that is different and unique. One is a former child prodigy who stopped ...