Summary： Drama set in a repressed, deeply religious community in the north of Scotland, where a naive young woman named Bess McNeil meets and falls in love with Danish oil-rig worker Jan. Bess and Jan are deeply in love but, when Jan returns to his rig, Bess prays to God that he returns for good. Jan does return, his neck broken in an accident aboard the rig. Because of his condition, Jan and Bess are now unable to enjoy a sexual relationship and Jan urges Bess to take another lover and tell him the details. As Bess becomes more and more deviant in her sexual behavior, the more she comes to believe that her actions are guided by God and are helping Jan recover. 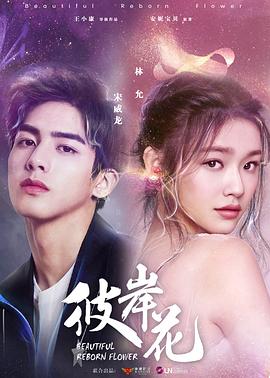 Beautiful Reborn Flower
The story focuses on two girls that look exactly the same and their relationships with a man called Lin Heping and also the strange connections between them. Very Ordinary Couple
Young (Kim Min-Hee) and Dong-Hee (Lee Min-Ki) work at the same bank. They secretly dated for the past 3 years, but recently decided to end their relationship. Both tell the other that they are fine, but inside they are not. Young's co-worker Son (Ra Mi-Ran) then tells her that she will introduce her to a good guy at dinner later that evening. At the bank worker's dinner get-together, Dong-Hee is also there and feels jealousy. He begins to talk negatively about Young in front of her and the man she just met. Young becomes furious at Dong-Hee and pours beer all over him. A loud confrontation takes place between the former lovers and everybody at the bank now knows they dated. Their bitter breakup turns worse when each decides to go tit for tat. Dong-Hee demands his laptop back and Young mails it back to him, but she first smashes it to several pieces. Dong-Hee responds by mailing back her belongings, including foul smelling food that is now rotten. Adding fuel to the fire, Young logs into his Facebook account and discovers that he is already seeing another girl. Can they live without each other? Can they live with each other? 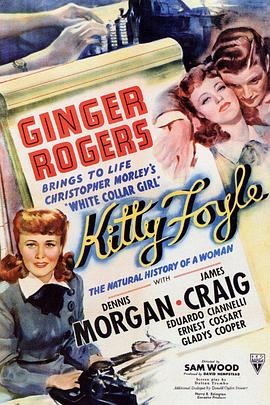 Kitty Foyle
A white collar worker from a blue collar family, Kitty Foyle has spent her so far short adult life in her hometown of Philadelphia or New York City. She has had two serious relationships, one associated with each city and each man with who she falls in love but in vastly different ways. "Philadelphia" is blue blooded Wyn Strafford VI. Wyn hires Kitty to be his secretary, he the editor for his pet project, a magazine, which is funded by family money. Kitty's now deceased father, despite liking Wyn as a person, warned Kitty against falling in love with him, regardless of his outward intentions, as his type always returned to his own kind. If she believes her father, Kitty may come to the realization that if a union with Wyn were to ever happen, it would not only be to him but to his family and their traditions, they who may have some say in the matter. After the magazine folds, it not making any money, Kitty is forced to look for another job, she feeling she would have more opportunities in New York City. Working as a sales associate at upscale Delphine Detaille parfumerie and cosmetics, Kitty meets "New York City", Mark Eisen. Mark is a public health doctor who makes little money and thus who is cognizant about how he spends that money, most specifically when he will splurge on the luxuries in life, including on women. Simultaneous, each of the men proposes a future together with her, those futures which would take divergent paths and have different outlooks. Mark, specifically, is aware of there being a "Philadelphia" when he asks her to marry him. Kitty has to decide what kind of future she wants for herself in choosing which of the two proposals she will accept. Not Since You
A romantic drama about a tight-knit group of college friends who graduated from NYU the year of 9/11 and reunite years later for a weekend wedding in Georgia. Unresolved conflicts and love affairs spark again. A Letter from Mars
N/A