An Affair of Love

Summary： They recount their impressions to the Interviewer. They met through a magazine ad, She and He. They corresponded through the Internet. He responded to her ad seeking someone to fulfil her fantasy for "a pornographic affair". This is their first meeting in a Paris café. He's a little reticent. She wants to know whether or not he's hairy. (He is; he's Spanish.) They retire to a nearby hotel room. The door of the room closes. Unseen, the affair is consummated... They continue to see one another regularly each week. They find they get along well together. Soon she suggests that they try normal sex the next time... Not as a Stranger
Lucas Marsh, an intern bent upon becoming a first-class doctor, not merely a successful one. He courts and marries the warm-hearted Kristina, not out of love but because she is highly knowledgeable in the skills of the operating room and because she has frugally put aside her savings through the years. She will be, as he shrewdly knows, a supportive wife in every way. She helps make him the success he wants to be and cheerfully moves with him to the small town in which he starts his practice. But as much as he tries to be a good husband to the undemanding Kristina, Marsh easily falls into the arms of a local siren and the patience of the long-sorrowing Kristina wears thin. She reasons he no longer needs her and asks for a divorce. A calamity now brings Marsh to his senses. Dr. Runkleman, Marsh's gruff and wise employer, is stricken with a heart attack and requires emergency surgery. Marsh is forced to operate. 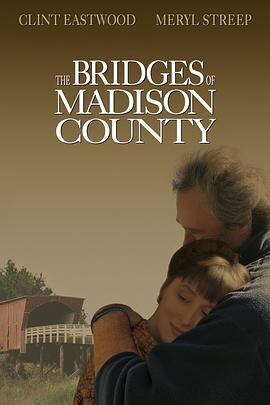 The Bridges of Madison County
The path of Francesca Johnson's future seems destined when an unexpected fork in the road causes her to question everything she had come to expect from life. While her husband and children are away at the Illinois state fair in the summer of 1965, Robert Kincaid happens turn into the Johnson farm and asks Francesca for directions to Roseman Bridge. Francesca later learns that he was in Iowa on assignment from National Geographic magazine. She is reluctant seeing that he's a complete stranger and then she agrees to show him to the bridges and gradually she talks about her life from being a war-bride from Italy which sets the pace for this bittersweet and all-too-brief romance of her life. Through the pain of separation from her secret love and the stark isolation she feels as the details of her life consume her, she writes her thoughts of the four-day love affair which took up three journals. The journals are found by her children after the lawyer was going over Francesca's will and all the contents which produces a key to her hope chest in the bedroom which contained some of hers and Robert's things. The message they take from the diaries is to what you what you have to do to be happy in life. After learning that Robert Kincaid's cremated remains were scattered off Roseman Bridge and that their mother requested that she too be cremated and her ashes to be scattered off Roseman Bridge, the children must decide whether to honor their mother's final wishes or bury her alongside their father as the family had planned. Adapted from the novel by Robert James Waller, this is the story of a special love that happens just once in a lifetime -- if you're lucky. 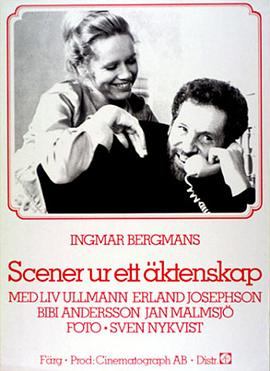 Scenes from a Marriage
Ten years of Marianne and Johan's relationship are presented. We first meet them ten years into their marriage. He is a college professor, she a divorce lawyer. They say that they are happily married - unlike their friends Katarina and Peter who openly fight, especially when under the influence of alcohol - but there is a certain detached aloofness in the way they treat each other. In the next ten years, as they contemplate or embark upon divorce and/or known extramarital affairs, they come to differing understandings at each phase of their relationship of what they truly mean to each other. Regardless of if it's love or hate - between which there is a fine line - they also come to certain understandings of how they can best relate to each other, whether that be as husband and wife, friends, lovers or none of the above. 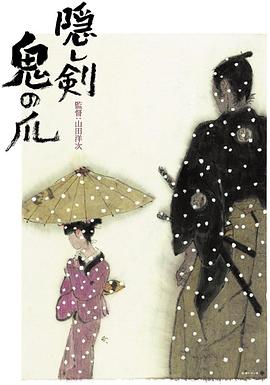 The Hidden Blade
During the time of change of the mid-19th Century, Yaichiro is bid farewell by his fellow samurai friends Munezo and Samon as he leaves their clan's fiefdom on the northwest coast of Japan (Unasaka) to take an important position within the shogunate in far away Edo. Munezo has lived modestly with his mother and sister Shino after his father was forced into suicide after the failure of a bridge project. Kie, a farm girl serves them as a maid in their house. As time passes, Munezo's sister marries Samon, his mother dies, Kie is married into a merchant family, and he is required to learn western methods of warfare such as the use of artillery and firearms from an official sent from Edo. Learning that Kie is ill due to abuse, he rescues her from her husband's family. Although sharing mutual affection and respect, a marriage between Munezo and Kie is still impossible due to different castes, and when he, now a bachelor, is criticized for her serving in his house, Munezo sends her back to her father's farm. After being caught in a failed political intrigue, Yaichiro is sent home in disgrace and imprisoned in solitary confinement. After Yaichiro escapes, Munezo is ordered to prove his innocence from complicity by killing his old friend, and he seeks the help of his old teacher, the sword master Kansai Toda. Although Yaichiro had been the better swordsman when they studied together, Toda entrusted the secret of the "Hidden Blade" only to Munezo. Toda now teaches him a new technique to use as he prepares to face Yaichiro, who has taken hostages in a farm house.
Sidebar Filters
Images
MuXiv Music
Thank You for Sharing!