Summary： In late November 1999, masses are descending upon Seattle for the World Trade Organization (WTO) Conference, the first ever held on American soil. Beyond the several delegates, career protesters are also coming to Seattle, they who believe the non-elected organization only exists to support corporate interests at the expense of the poor, working class and the environment among other things. Before the conference, the lead known protesters vow that their demonstrations will be peaceful, while Seattle Mayor Jim Tobin promises that if that be the case that no arrests will be made and no aggressive action, such as the use of tear gas, will be issued. On day one of the conference, tensions on both sides escalate the confrontation between police and protesters, with many innocent people caught in the crossfire. As such, what was promised ends up not happening during the remainder of the conference, where many on both sides work not for the greater good of their side, but rather for their own personal interests because of their experience on day one. These battles outside the official conference are not the only ones happening in Seattle, as many of the conference delegates, such as Doctors Without Borders and those from some of the poorer nations, try to get across the point of many of the protesters - albeit in a more diplomatic method - while seemingly ignored by those in the upper echelon of the organization. The Sword of Doom
Ryunosuke is a sociopathic samurai without compassion or scruples. When he is scheduled for an exhibition match at his fencing school, the wife of his opponent begs Ryunosuke to throw the match, offering her own virtue in trade. Ryunosuke accepts her offer, but kills her husband in the match. Over time, Ryunosuke is pursued by the brother of the man he killed. The brother trains with the master fencer Shimada. In the meantime, however, Ryunosuke earns the enmity of the band of assassins he runs with, and it becomes a question of who shall face him in final conflict. 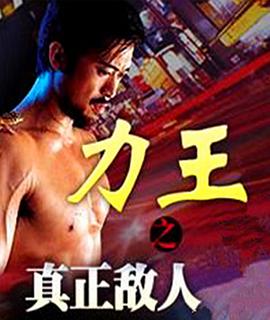 22 Chaser
One of the city's last decent tow truck drivers risks everything on a desperate quest to become king of the road and provide for his struggling family. Hong Kong Corruptor
A well-known gangster is released from prison, and decides to go straight while trying to look for his daughter. His only clue is a troubled teenage girl, who helped his daughter escape the orphan home they were put in. Meanwhile, both are on the run from murderous Triad gangsters. Raid
A fearless income tax officer raids the mansion of the most powerful man in Lucknow after someone mysteriously draws his attention towards the evidence.