Summary： A family man Wade Porter is living the American Dream with his girlfriend Laura and their son Michael: they have a nice house, he has just raised a loan to make his company grow and they are going to get married. However their dream becomes a nightmare when Wade unintentionally kills a burglar that had broken into their house in the middle of the night on his lawn. He is sent to trial and accepts a deal proposed by the prosecutor, being sentenced to three years in prison. During the transportation, there is an incident in the bus and Wade is framed and sent to the maximum security wing under the command of the corrupt Lieutenant Jackson. His cell-mate John Smith that was sentenced to life revenging the death of his family befriends Wade and gives helpful advices and hope to Wade to return to his family. The Night Clerk
Voyeuristic hotel clerk becomes the subject of a murder investigation. 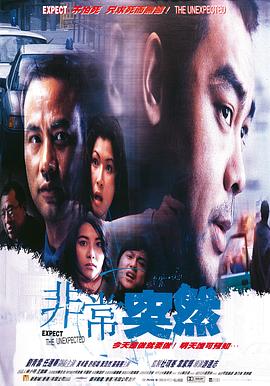 Expect the Unexpected
A group of inept Mainland criminals botch a jewelry store robbery. The cops, led by the straight-laced Ken and the wise-cracking Sam, begin to investigate the case and quickly confuse the jewel thieves with a group of hard-ass Mainland robbers staying in the same area. The Odd One Dies
The secret world of contract killing comes to focus in the dark, comical tale of Hong Kong's triad. A lowlife gangster is offered a huge fee to commit a murder. He accepts, but there's a catch - he just won a huge fortune and wants to back out of his contract! La Bête Humaine
Jacques Lantier is a train engineer who is prone to violent seizures, a condition he attributes to his forefathers' habit of excessive drinking. Roubaud is a train conductor on the same railroad that Lantier works on, married to the much younger Séverine. When Roubaud catches wind of his wife's affair with her godfather, the wealthy M. Grandmorin, he kills him during a train journey in a fit of jealousy. He makes sure that Séverine is also present, making her an accomplice to murder. Lantier, despite having witnessed them quite clearly in the train corridor, hides the fact during the investigation as he is attracted to Séverine. They both begin an affair, all the while Roubaud becomes increasingly withdrawn and starts to gamble. Séverine urges Lantier to kill her husband so that they would be free but she is unaware of Lantier's unfortunate condition.
Sidebar Filters
Images
MuXiv Music
Thank You for Sharing!